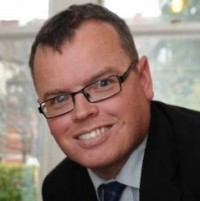 An award-winning sports editor has left a regional daily after two decades in the wake of job cuts at the newspaper.

Mark Edwards said farewell to the Oxford Mail on Friday after almost 21 years with the Newsquest-owned title.

Mark’s departure comes after a special project he led last month won the supplement of the year accolade at the Midlands Media Awards, where the Mail’s sports desk were also highly commended in the team of the year category.

According to the Sports Journalists’ Association, his departure comes “in the wake of more job-cutting by owners Newsquest Media and leaves the sports department with just two journalists”.

Mark said: “I have been incredibly fortunate to have enjoyed some great times.

“I have been involved in producing more than 30 supplements and to collect a prestigious industry award only last month on behalf of my team was immensely satisfying.”

Mark joined the newspaper in January 1999 and was appointed head of the sports desk in October 2006.

During his time at the Oxford Mail he has covered Oxford United at Wembley three times as well as the club’s two promotions.

He has also reported on Oxfordshire sides playing cricket and rugby union at Lord’s and Twickenham respectively.

The 40-year-old is now “looking for new opportunities in the industry”, according to the SJA.

Newsquest has confirmed cuts at a number of its centres across the country in recent weeks, though not specifically any affecting the Oxford Mail.

HTFP has approached the company for a comment, as well as clarification on how many roles were affected by the cuts at the Mail.