A spoof news website co-founded 12 years ago by two journalists has been sold for £1.2m.

The Daily Mash, launched in 2007 by Paul Stokes and Neil Rafferty, has been acquired by Digitalbox Publishing, the owner of Entertainment Daily, in a cash and shares deal.

Paul is a former business editor of The Scotsman while Neil was a former political correspondent for the Sunday Times Scotland and reporter for the Press Association.

The pair had initially planned to launch an online newspaper covering Scottish business and politics, but changed their plans after being inspired by long-standing satirical websites like The Onion. 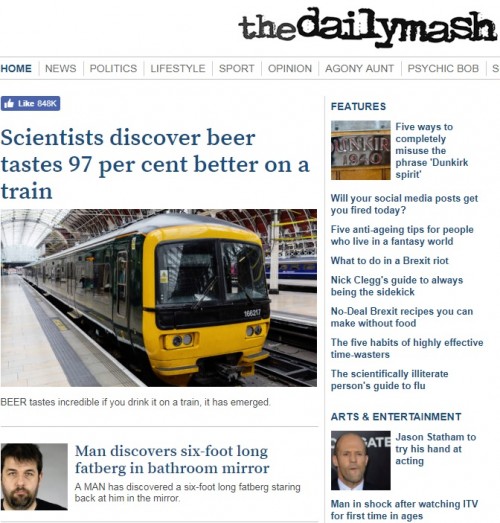 Its success has also led to a spin-off television series, The Mash Report, which is broadcast on BBC2.

Neil, the Mash’s editor in chief, told The Scotsman: “This is a great opportunity for the Mash to build on what we have created so far.

“My co-founder, Paul Stokes, did an incredible job building a profitable business from the ground up.

“Being part of Digitalbox and accessing their commercial and technical expertise, means we can keep building, while our fantastic team of writers continue to produce great content every day.”