A serving paramedic training to be a journalist has landed a regional daily splash after investigating health service cuts.

Isaac, who continues to work shifts for the ambulance service to pay his way through university, subsequently had his story picked up by the Bolton News after initially publishing it on the MMU journalism department’s Northern Quota news website.

He received a joint byline in the News after pitching his piece to the newspaper, with additional work on the story being carried out by reporter Helena Vesty. 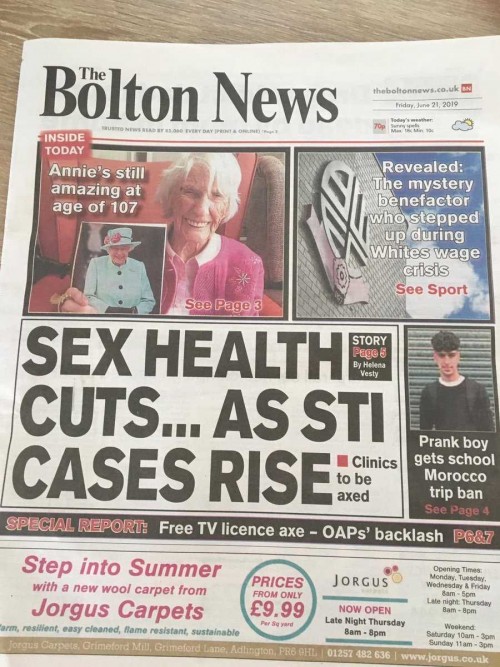 Isaac found the story after discovering a document on the website of Salford Council, which is part of the same contract for sexual health services as Bolton Council.

He said: “It set out Salford had maintained its contract details and funding however their partner in the contract had removed over £300,000 from the contract from 1 July – the same date as the reduction in service.

“I knew I had nailed the story at this point but continued the story to find the previous contracts document which was easy as I had a contract and document name.

“This confirmed the council was making huge cuts of almost 7pc to its service all while its partner in the contract kept services the same.”

Isaac recently completed a five-day stint at BBC Radio Five Live and worked on a story about Grenfell-style cladding which was picked up by the New York Times.

He has also worked with the northern editor of the Sunday Times and has just set up an ‘NQ Investigates’ team in MMU’s journalism department.

Isaac added: “This was very exciting and hopefully is just one of many investigative pieces which I can get out there.”