Sale of the i ‘could be sealed within days’

The sale of JPIMedia’s national daily the i is “likely” to be sealed in the coming days but “could yet slip again”, it has been claimed.

Daily Mail owner DMGT is set to take over the newspaper, although the Sunday Telegraph has claimed the process has taken “weeks longer than expected”.

Unnamed industry sources have suggested to the Telegraph that the deal may have been held up by complications in separating the i from JPIMedia’s portfolio of regional newspapers.

The report claims the price of the i is expected to be a multiple of the £24m paid by JPIMedia forerunner Johnson Press to Evgeny Lebedev’s Independent Print Limited. 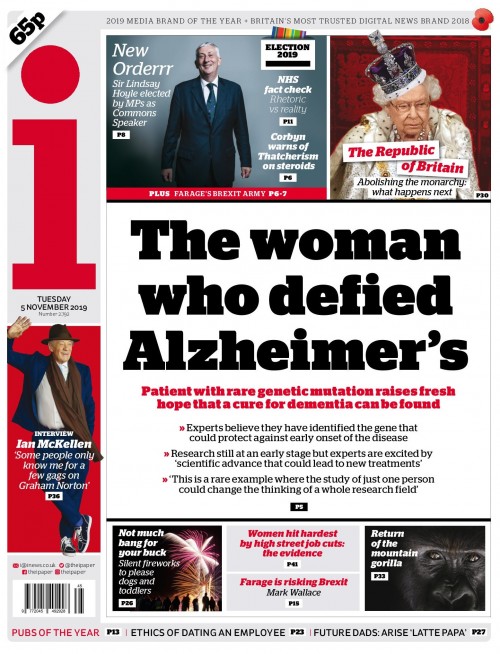 The Telegraph says cover price increases and the addition of a weekend edition have improved returns from the i since it was purchased in 2016.

Any takeover would allow the company make cost savings from administrative functions and increase the efficiency of its printing operations, the report says.

DMGT was declared the frontrunner to buy the i in September, two months after JPIMedia was put up for sale.

The Guardian reported at the time that JPIMedia was seeking around £75m for the flagship title.

Both DMGT and JPIMedia have declined to comment on the speculation.