Peter Mitchell, who used to work for Aberdeen-based daily the Press & Journal, has had a non-invasive heart valve replacement at Aberdeen Royal Infirmary.

Following its success, the procedure will now be offered to patients throughout the NHS Grampian area.

Peter, pictured, who is 76, told the P&J the operation had made a “colossal difference” to his life. 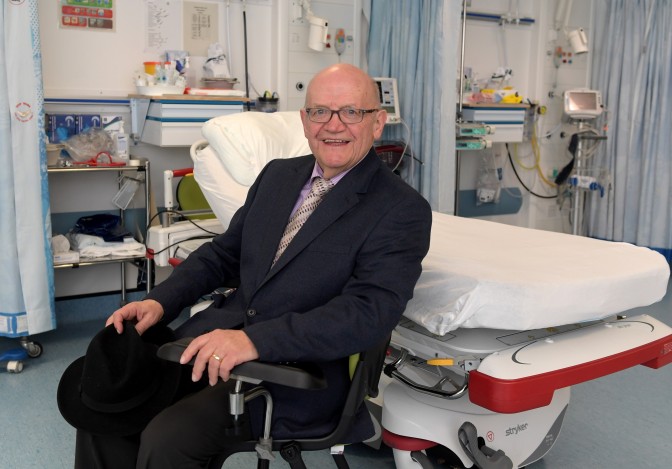 He added: “I’m a new man. I had severe aortic stenosis and was having terrible trouble with leg blisters, swollen legs and feet, making it incredibly difficult to climb stairs. Even walking was difficult and I had to use a stick.

“The opportunity came out of the blue to have the procedure and it now feels like a huge privilege. The whole thing only took around two hours and I was back on my feet within days.”

Use of the procedure could now be introduced throughout the north of Scotland, offering an alternative to lengthy journeys to Edinburgh.

Dr Ciprian Dospinescu, who carried out the operation, said: “We are going to phase in patients from the Grampian region firstly, then from the rest of the north of Scotland.

“Up until now we had to refer them to Edinburgh, so it is great we can now offer this locally. The procedure takes about an hour-and-a-half and is less invasive than traditional open heart surgery.”