Reporter set to cover 1,000th football match in a row for regional daily

A sports journalist is set to notch up his thousandth game in a row covering a football club for a regional daily.

Martin Spinks, of Stoke-on-Trent daily The Sentinel, is set to achieve the milestone when he reports on Stoke City’s away match at Middlesbrough this evening.

Martin has not missed a single match since becoming the newspaper’s Stoke City reporter in 1999, and has covered the club under 14 different managers or caretaker managers across three divisions, six countries and five competitions, as well as countless pre-season tours from Europe to the United States.

It is thought there have been just seven permanent Stoke City reporters for The Sentinel since the Second World War. 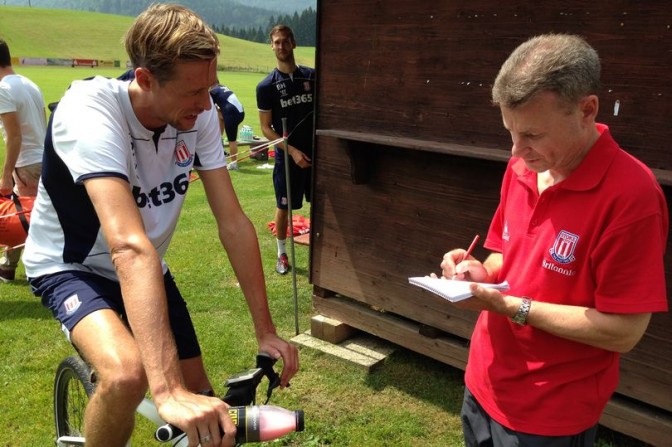 Sentinel editor Martin Tideswell said: “I first met Martin in 1989 in the shack which served as a press box at Vale Park [home of City’s local rival Port Vale FC]. By that time he was already a well-respected football reporter working for a press agency.

“Over decades of covering Stoke City matches Martin has built up an encyclopaedic knowledge of the club.

“Martin has seen numerous Stoke City managers, owners and players come and go (as well as Sentinel editors…) and has chronicled the Potters’ ups and downs with rare skill, humour and empathy which resonates with supporters who read his reports, analysis and comment in print and online.

“We are very fortunate to have such a brilliant operator who knows his subject so well and I offer my sincere congratulations to Martin on him reaching this milestone.”