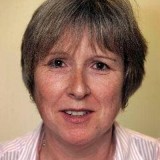 A weekly newspaper journalist has been barred from reporting an allegation about a councillor – despite being urged to do so by the councillor himself.

Cllr Marren had invited Belinda to cover the meeting because he believed it would have been “inconsistent and hypocritical” of him to have the matter dealt with in secret.

But, when she arrived at the meeting, Belinda was told to leave because the external lawyer employed by the authority to investigate refused to conduct the meeting in the presence of a reporter.

In a piece about the incident on the Chronicle’s Cheshire Live sister website, Belinda wrote: “I explained to the lawyer being paid by Cheshire East to investigate that Cllr David Marren had invited me to report on the allegation made against him in the interests of ‘openness and transparency’, but the lawyer refused to go ahead with the meeting unless I left.

“I reluctantly left, because if the meeting was adjourned that would have been more expense to the council tax payer.

“Cheshire East Council claims to be ‘open and transparent’. Council leader Rachel Bailey says it at nearly every meeting I attend – and I attend a lot of meetings. But maybe the council needs to look up the definition of transparency.”

Under the council’s code of conduct, no councillor accused of any wrongdoing by officers or other councillors is allowed to make those allegations public and therefore cannot publicly defend themself.

Addec Belinda: “In this case, regarding Cllr Marren, we have a councillor who wants the allegation out in the open – and still he is not allowed to reveal anything and I was asked to leave the meeting he invited me to.

“Cllr Marren says the allegation made against him by the council is ‘unfounded and vindictive’. As I’ve previously stated, I don’t know what the allegation is – but why won’t Cheshire East let me report it? Why does it insist on being so secretive?

“In this country anyone charged with a criminal offence has the right to defend themselves in public – yet Cheshire East has denied one of its own councillors that same right for allegedly breaking the council’s code of conduct.

“How many other councillors have also been treated in this way? And how is this open and transparent?”

Speaking after the meeting, held on 4 January, Cllr Marren told Cheshire Live: “I am a passionate advocate of openness and transparency and so when a complaint was made against me I felt it would be inconsistent and hypocritical to have it dealt with in secret.

“Accordingly I invited Belinda Ryan, a journalist with our local newspaper, to accompany me to hear everything, without me disclosing in advance any detail so that she was not tainted and could make her own impartial judgment. I despair that the council’s lawyers were not sympathetic to frank and open discussion.”

A Cheshire East spokesperson said: “The arrangements for dealing with standards complaints against members states: ‘The complaints process is confidential. This means that during each stage of the process up to and, in some cases, including the holding of a sub-committee hearing to determine a complaint, matters are dealt with in confidence.’

“The complaints process was approved by council to comply with the Localism Act 2011 and individual councillors do not have the right to waive the confidentiality of the process even where the process is considering a complaint made against them.

“Importantly, this requirement for confidentiality is not only to protect members who are accused of any wrongdoing, and against whom no finding has yet been made, it is also to protect other individuals who may be involved or identified as part of an investigation.

“As these are confidential matters under statute, it is not possible for a member of the press to attend any meeting that considered matters as part of an ongoing investigation.”

It is the second incident of its kind in recent months where reporters have been barred from conduct hearings.

In October, Hereford Times editor John Wilson criticised Herefordshire Council after local democracy reporter Carmelo Garcia was barred from a similar hearing despite being told it was taking place by the councillor under investigation.