A regional publisher’s investigation has found children with special needs are increasingly being left out of mainstream education despite new legal protections.

JPIMedia’s data unit has discovered that the proportion of children with special educational needs attending special schools is rising, despite the Children and Families Act 2014 setting out the principle that SEN children should usually be offered a place in mainstream classes.

The number of children with SEN in mainstream education has fallen by around a quarter in England since 2012, while the number attending special schools has risen by nearly a third, analysis of Department for Education statistics shows.

Localised versions of the story have been carried by JPIMedia titles including the Yorkshire Post, Edinburgh Evening News and Wigan Post. 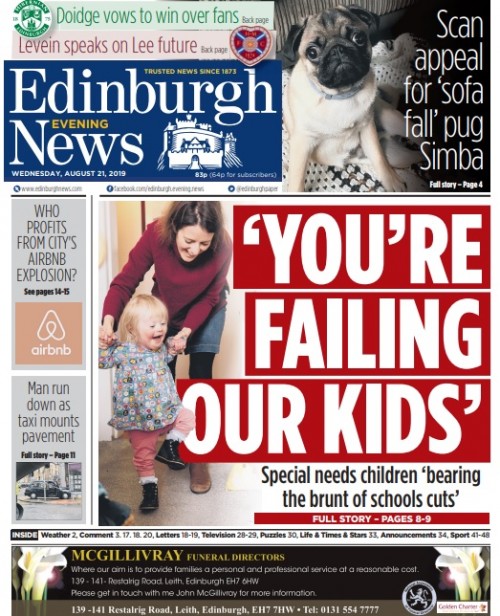 A Yorkshire Post editorial reads: “”t is only right that children with special educational needs have the same opportunities than those who do not and, as such, are able to study in mainstream school wherever possible.

“Adequate funding for the necessary support and resources is therefore vital to ensure that children and young people are not unnecessarily excluded from their peers as a result of any additional learning requirements they may have.”

Claire Wilde, JPIMedia’s news editor (data and investigations), told HTFP: “Reporter Aimee Stanton heard first-hand from parents who had faced hurdle after hurdle to get their children into mainstream education.

“The law changes should mean more children with disabilities are offered places in mainstream schools. But this investigation raises serious questions about how effective it is proving.”