Question: What do Boris Johnson and Jeremy Corbyn have in common?

Question: What do Boris Johnson and Jeremy Corbyn have in common?  Answer:  They both worked for the same regional newspaper publisher.

Both the newly-elected Tory leader and the Labour opposition leader worked as journalists for the Midland News Association in the past, before going on to careers in politics.

Mr Johnson worked on the MNA’s Wolverhampton-based daily the Express & Star, on loan from Times, at the start of his journalism career.

Elsewhere, Mr Corbyn was briefly chief reporter at its weekly sister title in Shropshire, the Newport and Market Drayton Advertiser, covering everything from crime, education to religious affairs. 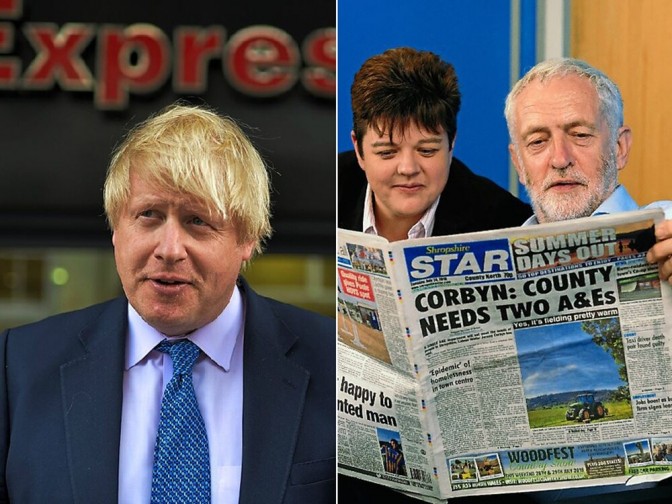 In a piece about the coincidence for the Express & Star, Mark Andrews wrote: “Boris Johnson, the plummy-voiced bon viveur, the flamboyant free-marketeer with a penchant for Latin. Jeremy Corbyn, the earnest socialist die-hard, whose main hobbies are said to be digging his allotment and photographing manhole covers.

“At face value, it is hard to think of a time when the men dominating our two main political parties were more diametrically opposed. But scratch behind the carefully cultivated public personas of the two men, and they have much more in common than either would admit.

“Both grew up in well-to-do, upper middle-class families, both lived for a time in the West Midlands – Corbyn, in Newport and Johnson in Wolverhampton and Oswestry.

“And both Boris Johnson and Jeremy Corbyn had brief careers as journalists with Midland News Association, the publisher of the Express & Star and Shropshire Star, helping shape their political beliefs.”