A regional publisher’s investigations team has revealed the results of a major probe into Universal Credit involving more than 1,000 Freedom of Information requests.

JPIMedia’s investigations team, made up of journalists working across the UK, has been looking into the controversial benefits system and found that more than half a million calls to the Universal Credit helpline have gone unanswered in the first three months of this year.

In what the company has termed a “landmark move” for a JPIMedia investigation, the findings have been published in an interactive, in-depth read on the website of national daily the i. 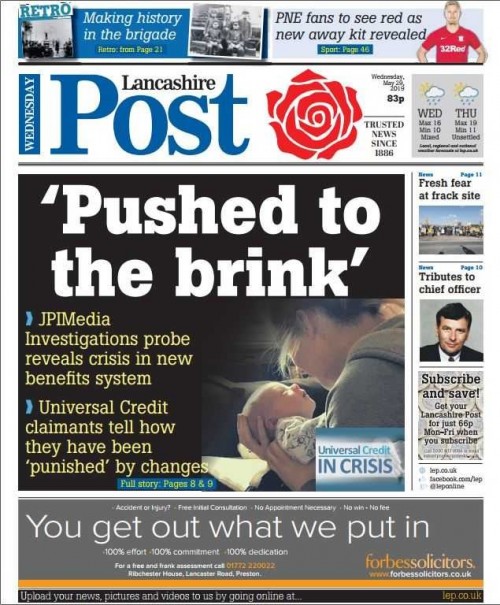 Other major findings include the fact that claimants behind on rent in local authority-owned homes owe, on average, twice the amount of those on the old Housing Benefit, and that local authorities are missing out on many millions of pounds a year in unpaid council tax from those on Universal Credit, despite the system initially aiming to save the taxpayer money.

“We look forward to continuing to collaborate across our different titles to ensure we do our bit pushing for change in the interest of the communities we serve.”