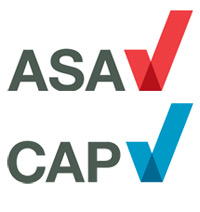 A regional publisher has pledged to label links to advertorials correctly after a complaint to advertising standards chiefs about one of its titles.

Hull Live, sister website to the Hull Daily Mail, was reported to the Advertising Standards Authority over a number of posts published from its Twitter account.

The posts in question linked to advertorials without signposting them as such.

However, the ASA has now confirmed the case has been informally resolved – providing Hull Live publisher Reach plc with advice about the labelling of such posts in future.

A Reach spokesperson said: “The ASA provided us with advice that we were happy to comply with, and we made the appropriate changes to resolve the matter.”

An ASA spokesperson added: “The complaint concerned a number of tweets on Hull Live’s Twitter page that linked to advertorials but the tweets themselves were not labelled as ads.

“The publisher confirmed that in future, the posts will follow the labelling rules. We resolved the case informally.”

Earlier this year the ASA upheld a complaint against the Liverpool Echo over an online piece containing links that, if clicked on, earned commission for Reach.

The watchdog found that the piece was an ad for the purposes of the CAP Code, under which the commercial nature of that content should have been made clear prior to consumer engagement.

At the time, Reach said it had changed its procedures in response to the ruling.