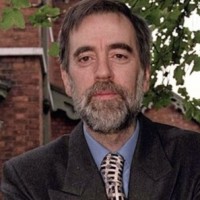 A regional journalist who founded the largest peace movement of Northern Ireland’s Troubles has died aged 76.

Tributes have been paid to Ciaran McKeown, pictured, who worked for Belfast-based dailies the News Letter and the Irish News during his career.

As the News Letter’s political correspondent and frequent leader writer during the 1990s, Ciaran wrote editorials endorsing moves towards peace, including reform of policing in Northern Ireland.

But his contribution towards the peace movement began before that, when he founded the Peace People group in 1976.

In 1978 he became the first person from Northern Ireland to address the General Assembly of the United Nations, delivering a speech on behalf of the International Fellowship of Reconciliation.

Irish News editor Noel Doran said: “Ciaran played a crucial role with the Peace People and was also a distinguished journalist with a number of different outlets.

“He contributed to The Irish News in a freelance capacity over many years, and I also worked closely with him during his time as political correspondent of The News Letter.

“I would like to offer the sympathies of everyone at our paper to his family.”

Ciaran was married to Marianne, who died before him. He passed away peacefully at his home in Belfast on Sunday following a period of illness.