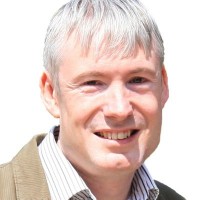 A regional editor is set to leave his post after almost seven years for a new charity PR role.

Adrian Braddy, left, has announced he is leaving Dalesman to take up a job as communications manager at Leeds-based charity SHINE, which works to tackle educational inequality across the North of England.

Adrian is a former editor of both the Teesdale Mercury and the Craven Herald & Pioneer Herald, who took on Skipton-based magazine Dalesman in November 2012.

His current job is being advertised on HTFP, and can be found here.

Said Adrian: “I’ve been in newspapers and magazines for 20 years, 15 of them as editor, and I felt it was time for a new challenge. As the father of two children and the son of two teachers, I am passionate about education and the disparity that exists between youngsters from different backgrounds, so this was a role I was drawn to.

“There have been so many highlights of my time at Dalesman. Perhaps the most memorable was when the producers of BBC Countryfile based an entire episode around our poll to find the 75 greatest icons of Yorkshire. Our phones didn’t stop ringing for a week afterwards.

“It has also been a delight to be able to publish articles written by the likes of Patrick Stewart, Judi Dench and Alan Bennett, but the real heroes are the fantastic team of writers, photographers, cartoonists and illustrators, who ensure Dalesman is like no other publication in the country.

“In my time here I have met so many wonderful people and heard so many fascinating stories and I feel lucky to have been able to help this iconic magazine mark both its 75th and 80th anniversaries.”