More than a dozen regional daily editorial staff smashed a £2,500 fundraising target as they completed a 10-mile race on their patch.

HTFP reported last month how members of staff at Portsmouth daily The News were taking part in the Great South Run next month in aid of the Rowans Hospice Silver Jubilee Appeal, which aims to fundraise £7.5m to transform the charity’s facility in Waterlooville.

Editor Mark Waldron led the 15-strong ‘Team News’ running team, made up of both editorial and commercial staff, in Sunday’s race through the streets of Portsmouth.

As of yesterday the team had raised more than £2,550 in sponsorship for their cause. 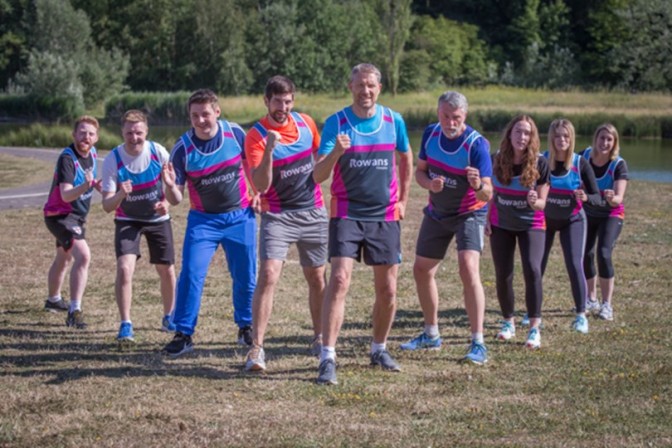 Mark told HTFP: “We are delighted that we achieved two challenging targets – getting ourselves in good enough shape to complete the Great South Run and raising £2,500 for the Rowans Hospice.

“The 10 miles were tough going for most of us but it was a small sacrifice we made in comparison to the round-the-clock care and compassion provided by all those connected with the Rowans.

“We thank everybody who donated to our cause and to the people of Portsmouth who helped us through Sunday’s run by cheering us on around the city’s streets.”