Keane Duncan, who works as a reporter for the Teesside Gazette, has taken charge of Ryedale District Council, in Yorkshire.

Keane, who has sat as a Conservative member of the council since 2015, was appointed after a deal was struck between his party and independent group Ryedale First following this month’s local elections.

According to a report in the Ryedale Gazette & Herald, the Local Government Association believes Keane, pictured, is the country’s youngest local authority leader. 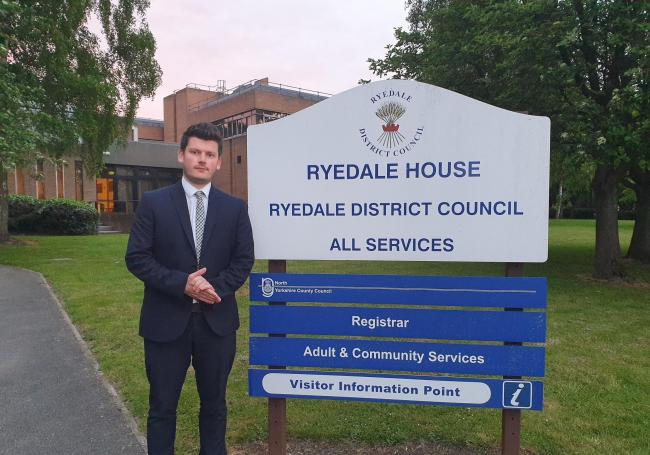 He told the Gazette & Herald his professional experience as a journalist and work on Ryedale’s policy committee would “serve as a good background to taking the leader’s role”.

Keane, who also sits on North Yorkshire County Council, added: “I am very keen to have the advice and guidance of all councillors. I am very keen there is a new tone at Ryedale District Council as the past four years have not been easy for the authority.

“It really is time to look forward to the future. I am keen to shake things up and make sure we do business in a much more open, transparent and collaborative manner.

“I don’t see myself as a young councillor. I am not expecting any kind of favours or different treatment. It’s important we get a cross section of different people in politics.

“It’s important councils do not become the preserve of one particular sub-section of people.”

The council, which operates under the committee system, has been run without a leader for the past two years after six senior members of the authority, including the then-leader Linda Cowling, resigned from the Conservative group after threats of suspension from the constituency party association.