A regional publisher is to make a fresh attempt to trial paywalls on two of its daily newspaper websites – 10 years after a similar experiment was scrapped.

HTFP understands JPIMedia is set to put up partial paywalls on the sites of Portsmouth daily The News and Sheffield daily The Star in a new bid to monetise online content.

Earlier this month it was revealed that the idea was being discussed at senior levels of the company amid concerns about falling advertising revenues.

JPIMedia has declined to reveal any further details about the trial, or whether any other titles will be participating. However, it is understood that while up to five articles a week will continue to be free to access, readers will be asked to pay a subscription of £2 a week above that threshold.

The move comes a decade after JPIMedia’s predecessor company, Johnston Press, tried without success to introduce paywalls on some of its smaller newspaper websites, including the Whitby Gazette.

The company has yet to reveal a launch date for the new trial or how long it will last. 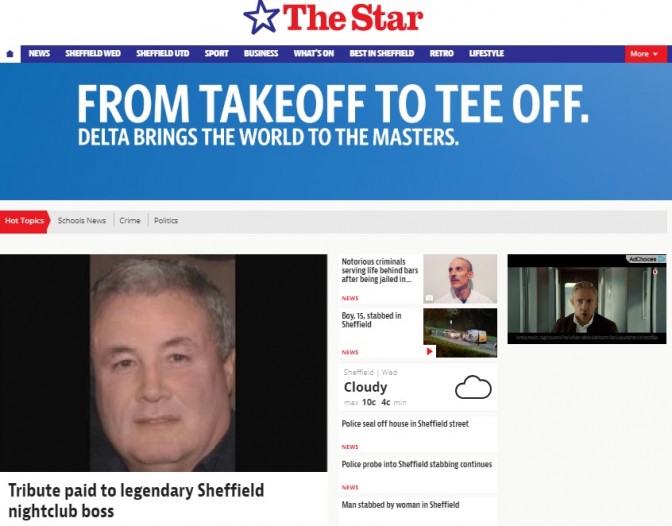 The Star is understood to be involved in the trial

A JPIMedia spokesman said: “Like most publishers across the UK and beyond, JPIMedia is continually assessing opportunities to better monetise its online content to build a more sustainable future for its titles.

“Meanwhile, we are also investing in re-platforming our websites and apps in order to significantly improve our reader’s user experience.”

Some of the newspapers involved began uploading short ‘teaser’ stories to their sites, with a £5 subscription for anyone wanting to read them in full. The experiment was later quietly dropped by the company.

In May last year the Yorkshire Post, then owned by JP, introduced online registration for readers in a move designed to prevent the use of ad-blocking software.

In an open letter to readers, editor James Mitchinson justified the move on the grounds that the paper’s “high quality journalism” needed to be paid for.

At the time, he added the Leeds-based Post was “exploring other business models” for the long term, but declined to go further.