A weekly newspaper has gained nationwide exposure after being reviewed on air by a BBC Radio One DJ.

Mr Mills was interviewing the musician, whose real name is Dominic Harrison, about his rise to fame and being romantically linked with American chart star Halsey.

He suggested to the singer-songwriter that, despite his success in the USA,”the one that that your mum will always be really proud of is when you appear in the local newspaper”. 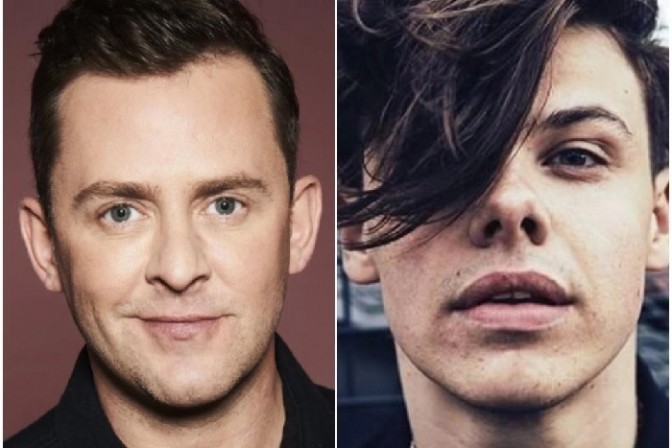 From left: Scott Mills and Yungblud

Mr Mills said: “‘You can be like ‘mum, I’ve also just played a show in Los Angeles’, but she’s like ‘yeah, but you’re in the Doncaster Free Press.’”

The host then read out the headline on the paper’s recent story about the music star being spotted on an Australian beach with Halsey, adding: “Wow, it must be great that the Doncaster Free Press newspaper announces that you two are romantically linked.”

Other Free Press stories discussed by the pair included a tale about a new service offering cut price carveries in Doncaster, while the show’s co-presenter Chris Stark mentioned an article the setting up of Doncaster Tuneless Choir, a new musical choir for people who can’t sing.

Free Press digital reporter Darren Burke told HTFP: “We know the Free Press has a dedicated following in Doncaster, but it’s nice to get some nationwide exposure to and to discover that both Scott and Yungblud are fans of some of our more quirky content.”