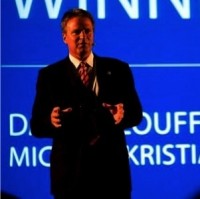 A sports communications boss says traditional news publishers may begin a “turf war” to protect their patches following the launch of The Athletic in the UK.

The Athletic officially launched in the UK in August with a 57-strong editorial team – including 12 journalists poached directly from regional press titles.

But, in an opinion piece for Sport Business, Jon, pictured, has questioned whether the subscription-based website will be able to maintain its “worthy pledges to eschew clickbait and transfer tittle tattle”, suggesting competition from existing news outlets could prove too much of a challenge.

In the piece, he wrote: “For all The Athletic’s worthy intentions, will there be a temptation to sensationalise? I know from my experience of working with a variety of high-profile clients that the pressure to deliver exclusive content can lead journalists not to triangulate and double source.

“That is not to say there is any malfeasance or malice on the reporters’ part. But the impulse to get a story ahead of getting a story right might leave them vulnerable to being the vessel for the lies of some unscrupulous agent trying to make a market for their player.

“It seems inevitable that traditional media, threatened by this ambitious upstart of a start-up, might start a turf war to protect their own patch.

“Will The Athletic’s new story-getters, used to leveraging the reach of big media brands, find exclusive news so easy to come by when serving a limited, subscriber-only audience? Might that in turn redouble the pressure to deliver fresh content, however questionable its provenance?

“On balance there is no doubt that The Athletic adding its voice here is a good thing. The launch of any serious and credible media offering that enriches sport and the fan experience should be welcomed by the business of sport.

“But after making its big splash, these are questions that its editors must contend with as they attempt to deliver an audience that can justify the initial outlay.”

Jon added: “The race to take control of the sports media market is on. For some troubled outlets, it could be a race to the finish.”