An independent publisher is set to relaunch a weekly newspaper which ceased publication two years ago – but has announced the merger of its two existing titles at the same time.

Street Runners Limited is launching the London Weekly News, which will cover the capital boroughs of Westminster, Hammersmith and Fulham, and Kensington and Chelsea.

The company says the move will save print costs without affecting editorial coverage, advertising income or job security, and that Mercury branding will be retained within the new-look title. 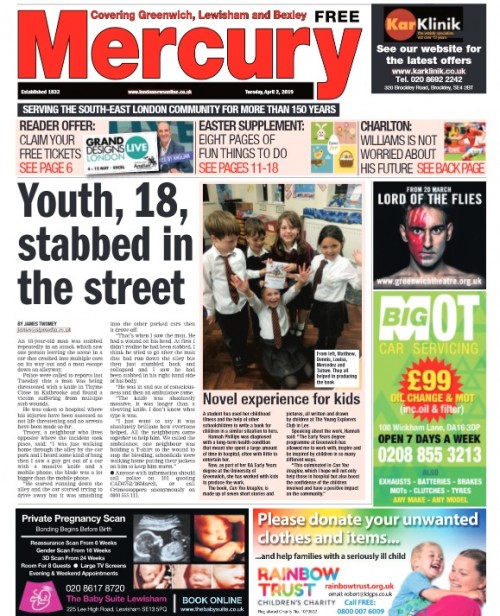 The London Weekly News was originally launched by Tindle Newspapers before being sold to Capital Media along with the South London Press in a management buy-out, but the title ceased publication of the title in July 2017.

Its relaunch has created one new reporter job in addition to the existing five-strong editorial team which will work across both the Weekly News and the Press & Mercury.  The two titles will also share the same web presence at www.londonnewsonline.co.uk.

Owner Slav Ibelgaupt said: “We want to preserve the Mercury. It is a 186-year-old title and played a massive and probably crucial part in bringing Charlton Athletic Football Club back to The Valley in 1992.

“The staff were a huge part of the Back to The Valley campaign which helped pave the way for the team’s return home after seven years in exile.

“The Mercury is not folding, it is simply being incorporated into its sister paper and will continue to go from strength to strength.

“We can also focus our attention on our new west London title, which is crying out for its own local paper.”