A pro-Scottish independence daily is holding a rally to mark the launch of a campaign for a scond referendum on the issue.

The National’s Rally for Independence will take place in George Square, Glasgow, tomorrow and will be addressed by Scottish National Party leader Nicola Sturgeon.

The National was launched in November 2014, two months after Scotland voted to remain part of the United Kingdom. 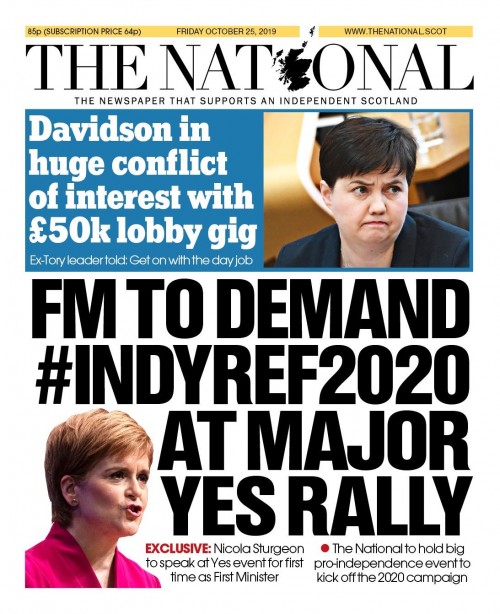 He said: “We want to bring the movement together and speak with one voice to send a message to Westminster that we don’t ask, we demand the opportunity to take control of our own future.

“We hope that people will come from all over the country to join us in Glasgow.”

Richard added: “This is the first time The National has organised a public event. Its aim is to provide an opportunity for the whole independence movement to come together.

“There will be a range of speakers talking about why Scotland must now take control of its own destiny– as the Brexit chaos continues to unfold.”