A city daily has exposed pro-Brexit reader’s letters published in at least eight other regional newspapers as being possible “Russian propaganda.”

The Bristol Post launched an investigation after receiving a letter from a person claiming to be a Russian woman named ‘Veronika Oleksychenko.’

In the letter, she claimed she had moved to Bristol in 2014 and stated her belief that Brexit had made her “much more inspired and creative”.

But senior reporter Conor Gogarty began examining her claims after discovering the address she had supplied to Sian David, digital editor of the Post’s Bristol Live sister website, does not exist.

As a result, he found almost identical letters had been published by eight regional newspapers including the Sunderland Echo, Wilts and Glos Standard, West Sussex County Times and Bath Chronicle.

The Echo had made it its ‘Letter of the Week’ on 9 April, the same day the Post received her email, with the writer claiming she had moved to Sunderland in 2010. 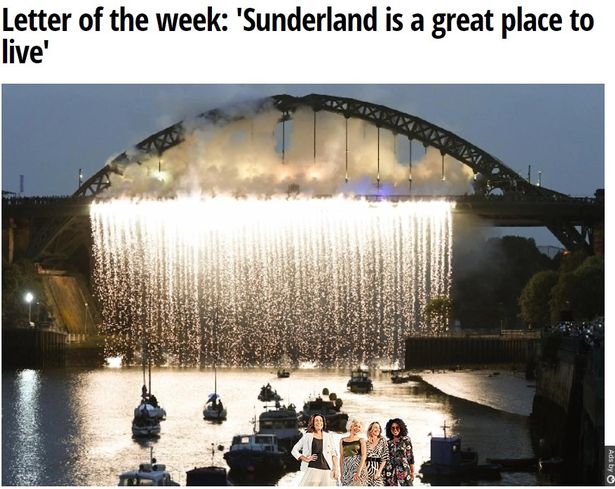 How the letter appeared on the Sunderland Echo’s website

In the Standard, Veronika claimed to be living in Gloucester while in the West Sussex County Times she was a Horsham resident, with the date she moved to the UK alternating between 2010 and 2014 across all the letters published.

An email had also been sent to the Post’s Reach plc sister title the Bath Chronicle, to which she had offered the invented address of 30B High Street, Glastonbury, while the address she had given to the Post, 104A Eastgate Road, is the site of a retail park.

‘Veronika’ had since refused to speak to Conor in person, but has sent long answers to its questions by email – in which she enthused about environmental benefits of Brexit and discussed her self-published novel, which depicts a riot-plagued Britain where ‘Nick Clogg’ is immortalised in a statue outside Parliament.

In her email responses, she claimed to have initially lived in Sunderland for six months in 2010 before returning to Russia, then making a permanent move to England and living in various areas of the country since 2014.

‘Veronika’ then went on to ask whether there were any trainee reporter vacancies going at the Post.

As part of his investigations, Conor spoke to disinformation expert Alice Stollmeyer, executive director of the Defending Democracy initiative, with the Post reporting she had “noted similarities between Veronika’s writing and Russian propaganda”.

Ms Stollmeyer told the Post: “When people think of Russian interference in our democracies, they mostly think of cyberattacks and of bots and trolls spreading disinformation just ahead of the elections.

“But manipulation via ‘influence operations’ is much more subtle than that – and it’s taking place 365 days per year, not just during elections.”

Conor told HTFP: “When the email first dropped into our inbox, none of us predicted the rabbit-hole it would lead us down.

“It was a really enjoyable story to work on – though there are undoubtedly sinister implications, in light of the insight given by disinformation expert Alice Stollmeyer. We’ve yet to hear Veronika’s thoughts on the story.”

Newsquest, which publishes the Wilts and Glos Standard, has declined to comment. JPIMedia, publishers of the Sunderland Echo and West Sussex County Times, has also been approached for comment 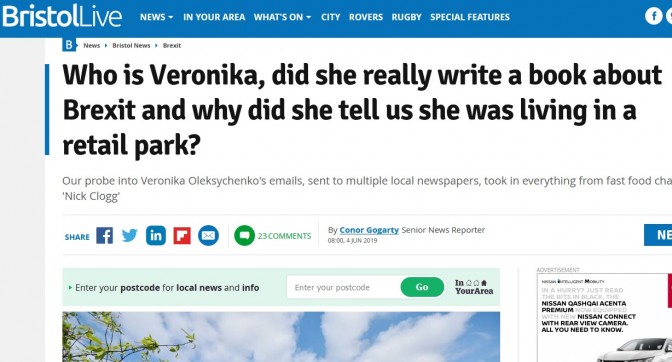 How Bristol Live reported the story