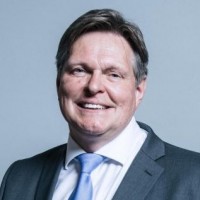 An MP who claimed a daily newspaper had mocked his Mormon religious beliefs has had his complaint rejected by the press watchdog.

Stephen Kerr, who represents Stirling in Parliament, went to the Independent Press Standards Organisation over a comment piece run by The National which referred to his membership of the Church of Jesus Christ of Latter-day Saints.

The piece in the pro-Scottish independence daily, which is based in Glasgow, described Mr Kerr, pictured, as “a man who does not believe Scotland could be a successful independent state but does believe in angels” and also included several other points about Mormon beliefs.

The Tory MP claimed the article was discriminatory, saying it was not appropriate for The National to demean and ridicule him on the basis of his religious beliefs.

Complaining under Clause 12 (Discrimination), Mr Kerr believed the comparison made between his belief in angels and his opposition to Scottish independence was a pejorative reference to his own faith and claimed that the article suggested, prejudicially, that his faith made his political views irrelevant.

Denying a breach of Code, The National said that freedom of expression dictated that no individual be entitled to practice religion free from criticism, and that it had the right to hold any belief system to account.

It said that the column in question was a satirical, humorous piece, and that columnists were entitled to explore and question the personal views of politicians, and to highlight potential conflicts between their religious views and their responsibilities in office.

The National considered that the possibility of such conflicts made Mr Kerr’s faith relevant to a report of his political views, particularly where he had formerly been a senior figure within the church, and where the article was a discussion of the relevance of politicians’ beliefs to their actions.

It noted that he had previously spoken about his faith, and its interaction with his political beliefs, further denying that the reference to Mr Kerr believing in angels but not in Scottish independence was a pejorative reference to his religion.

The National said that this claim accurately reflected the MP’s beliefs.

IPSO found the references to the teachings of the Church were not directed at Mr personally, but to the organisation as a whole, while it found the comparison between the nature of his political and religious beliefs were legitimate subjects of debate,