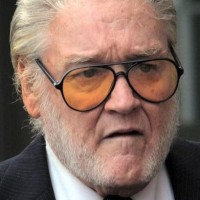 A pop star who admitted he had “been out with” a 12-year-old girl has had his complaint about two regional news websites reporting his comments rejected.

The Independent Press Standards Organisation has turned down PJ Proby’s claim that Leeds Live and Teesside Live presented comments he made about underage girls in an interview with the Daily Mirror out of context.

Mr Proby, pictured, an American singer popular in the 1960s, was quoted as saying he “wouldn’t consider marrying another woman if he couldn’t ‘raise her’ from a young girl”, and said in the same interview that the youngest girl he’d “been out with” was “about 12.”

He accepted his comments had been reported accurately, and IPSO subsequently found the characterisation of the views expressed by him were not significantly misleading or inaccurate.

In his interview, Mr Proby added: “The last lady in my life was [name] in 1997. She was 13 when I met her. I don’t think there’ll be another because it’s against the law.

“I won’t marry a girl I can’t raise from the age of 12, 13 or 14. I like that they’re young and fresh-looking and don’t come with baggage – nobody’s messed with their heart and broken it.”

Mr Proby complained to IPSO under Clause 1 (Accuracy) of the Editors’ Code of Practice about articles in which Leeds Live and Teesside Live reported his concerts on their respective patches had been cancelled following the comments.

He claimed his comments were hypothetical, light-hearted, and not to be taken seriously, and denied he was attracted to underage girls.

Mr Proby added that the reporting suggested he had been dating “the last lady in my life” when she was 13, when in fact he had met the woman when she was that age but dated her 20 years later.

Denying a breach of Code, the Reach plc sister titles provided a recording and transcript of Mr Proby’s interview to IPSO and said he had openly described in detail his previous relationships, desire and preference for young women, as well as his explicit reasons for it.

They denied their interpretation of the remarks was misleading, and noted he had not disputed the accuracy of the quotes reported in the article.

However, they did offer to publish a clarification on the point regarding the age at which he had dated “the last lady in my life.”

IPSO was satisfied that the comments made by Mr Proby, and relied upon by the sites, provided a sufficient basis for the manner in which they had characterised his views, but said that in the light of the further explanations provided by him, the clarification should now be added as a footnote.

The complaint was rejected, and the full adjudications can be read here.