A daily newspaper’s political editor scooped an awards hat-trick at a ceremony which saw his title take home six honours in total.

The Record was also Newspaper of the Year and Journalism Team of the Year, while Jonathan McFarlane, from the Glasgow-based paper, won Outstanding Digital Journalist of the Year.

In the local and weekly categories, the Fife Free Press won the Newspaper of the Year crown, while there were two wins for the Aberdeen Express after Dale Haslam was named Reporter of the Year and Callum Law took the Sports Writer of the Year prize. 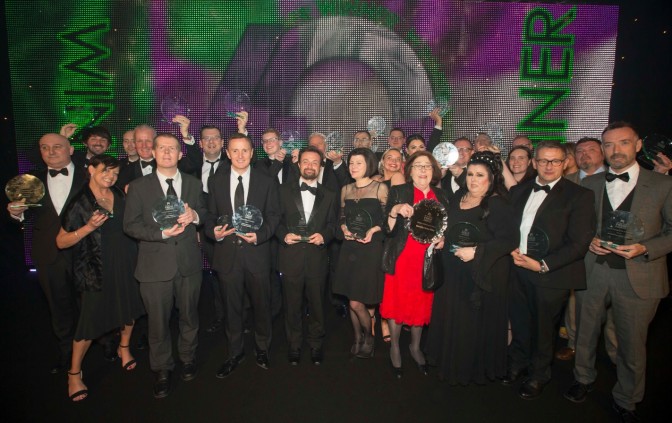 All the winners at last night’s ceremony

The Wishaw Press won Campaign of the Year for its ‘Time to Talk’ mental health drive, while the Clydebank Post’s Tristan Stewart-Robertson was named Feature Write of the Year.

Austin Lafferty, chair of the judges for the Scottish Press Awards, said: “In another year of high achievement for the Scottish press and media, local and national, daily and weekly output of words and pictures has never been of better quality or relevance.

“But one newspaper has stood out with the scoop of the decade (at least). The Daily Record published the gigantic story of Alex Salmond’s investigation for alleged – and vehemently denied – misconduct.

“It has rebounded and re-echoed throughout the political and civil nation, and from a press perspective has been unbeatable.”

All the winners received their prizes at the DoubleTree by Hilton Hotel, in Glasgow, yesterday evening.

Young Journalist of the Year – Carla Jenkins, The Sunday Times

Arts and Entertainment Journalist of the Year – Barry Didcock, The Herald and The Herald on Sunday

Interviewer of the Year – Peter Ross

Columnist of the Year – Neil Mackay, The Herald and The Herald on Sunday

Financial/Business Journalist of the Year – Graham Huband, The Courier

Feature Writer of the Year – Dani Garavelli, Scotland on Sunday and The Scotsman

Sports Feature Writer of the Year – Aidan Smith, The Scotsman

Digital Team of the Year – The Scottish Sun

Local/Weekly Campaign of the Year – “Time to Talk”, Wishaw Press

Front Page of the Year – “The Day Scotland Ground to a Halt”, Scottish Daily Mail

Journalism Team of the Year – “Beast from the East – live coverage”, Daily Record

Newspaper of the Year – Daily Record