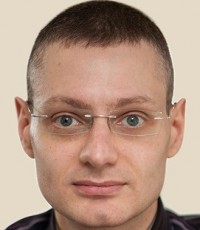 A photojournalist who is HIV positive says a PR officer attempted to bar him from covering a memorial for those killed and affected by the condition.

Joel Goodman, a freelance photographer who works for the Manchester Evening News, has hit out after encountering a string of access issues at this year’s Manchester Pride festival over the Bank Holiday weekend.

Joel, pictured, says he was “stunned” after being asked to leave an annual candlelit vigil for those affected by HIV by a member of the festival’s PR team.

The incident came after he photographed a confrontation at the Pride parade between lesbian gender ideology protesters and those remonstrating with them, while he had also covered an Ariana Grande concert from a public location after the singer’s team had barred photographers from accessing the event.

At the parade, a PR officer had stood in front of Joel and told him not to take photos of the confrontation as it was not the message they wanted to “put out.”

Writing on his personal blog about what then happened, Joel wrote: “As in previous years, on Monday night I covered the Candlelit Vigil. It’s a sombre, joyful, tragic memorial and celebration of the lives of those killed and affected by HIV.

“I count myself amongst their number but have always made a point of covering this element of Pride with exactly the same care and professionalism as I put towards the parade, the music acts and the crowds in the village.

“I was therefore stunned when the same member of Manchester Pride’s PR team approached me as I was setting up and told me that they didn’t want me to be there, that she wanted me to leave.

“She said that I was not on their side, that in photographing the protest I was lending their cause support and that Manchester Pride were upset that I had photographed Ariana Grande, when they hadn’t facilitated this.”

Joel went on to say that failing to report on the protest and the concert would have “been an odd dereliction of my responsibility to cover all elements of the event”, adding his “job as a journalist is not to provide PR in exchange for a wristband.”

He added: “To be told by Manchester Pride’s public relations team that I, a gay, HIV+ man, am not welcome to cover the Candlelit Vigil because they were upset that I had and was doing my job effectively, that I was not – in their words – ‘on our side’, that I needed to leave the vigil and that I would not be granted accreditation for Pride in future years, was truly shocking and extremely hurtful.

“Not only was this neither the time nor the place, it was also an outrageous attempt to reach into matters that are none of Manchester Pride’s affair. The PR explicitly told me that, in giving me access to the closed off elements of the event, they felt entitled to tell me where I could go and what I could and could not do outside of that event.

“This leaves me with a question relevant to the community whom Pride is meant to serve: in whose interests are Manchester Pride and their PR team at Down at the Social running and censoring events, if not the community itself?

“This also exposes the ever present danger of the sort of expectations PR operatives have of journalists, in exchange for access. Often this pact isn’t a good one for journalists and, crucially, our audience.”

A link to Joel’s blog posted on Twitter has since been shared hundreds of times.

Speaking to HTFP about the reaction it had received, he said: “I’m very grateful for the overwhelming support from friends, colleagues and strangers.

“I’m very concerned about the many issues surrounding pr expectations and press freedom this reveals and about the abuse of public spaces that private organisations feel entitled to.”