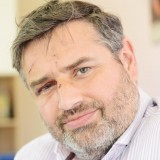 Two men are to face a crown court hearing after being accused of mugging a former regional daily journalist.

Joshua Orchard and Ewin Francis have been charged with four counts of robbery and fraud by false representation.

It is said the pair attacked former Swindon Advertiser journalist Jamie Hill, making off with his spectacles, vape and wallet.

Orchard and Francis, who are both 20 and from Swindon, entered no pleas to four counts of robbery and fraud by false representation at Swindon Magistrates’ Court.

The charges relate to an alleged robbery spree in the early hours of 3 June 2018.

They are accused of targeting three other men. From one they were said to have taken a bag containing a phone charger, jumper and Tommy Hilfiger wallet.

The second was allegedly robbed of his cigarettes, phone and wallet, while a third was stripped of his phone.

The men are both charged with fraud by false representation, using a stolen card to make three contactless transactions.

They were granted unconditional bail to appear before Swindon Crown Court on 17 January for a plea and trial preparation hearing.