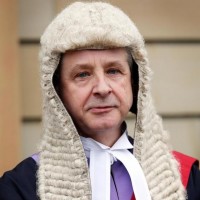 An outgoing judge has thanked a regional daily’s court reporter for his work – saying his coverage “saves lives”.

Judge Christopher Prince paid tribute to Bruce Unwin and the Northern Echo as he handed over to successor Judge James Adkin after ten years as The Honorary Judicial Recorder of Durham.

In a ceremony at Durham Crown Court, Judge Prince highlighted the role of the media in courts, saying there was “no point” in passing a deterrence sence if it was not reported.

Bruce was present at the ceremony, along with the Darlington-based Echo’s chief feature writer Chris Lloyd.

Judge Prince, pictured, said: “Courts need the media. There’s no point passing a deterrence sentence if these cases are not reported.

“Bruce consistently spots those cases that need reporting, like my mantra (regarding police car pursuits) if you don’t stop you go to jail. He reports these every time. It saves lives and it stops people getting badly hurt.

He added: “Not to recognise the role of The Northern Echo and Bruce Unwin would be to fail to recognise an important member of the team.”

Commenting on the judge’s remarks in an editorial, Echo editor Hannah Chapman wrote: “Next time I find myself explaining why we cover court, I think it will be easier to refer people to Judge Prince’s very welcome statement.”