The former offices of a weekly newspaper which closed in 2017 have been sold.

Property consultant Robinson Layer has announced the sale of the former Ely News office to a local property investor for close to the asking price of £285,000.

The building, pictured, in the city’s Market Place, also served as a district office for its sister daily the Cambridge News.

Staff moved out after Reach closed the Ely News in the summer of 2017. 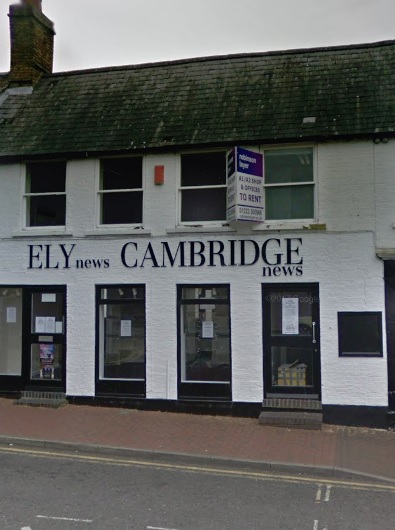 Mark Robinson, partner at Robinson Layer, told the Ely Standard: “This is a prominent property with ground floor retail premises of about 370 sq ft and offices over of some 400 sq ft.

“It had a long history as the location for the Ely News, but it was a complex deal to finalise after two abortive sales. Being a selling agent does demand perseverance with a site like this.”