Newsquest has launched a new weekly newspaper edition in a print market vacated by a rival publisher in the second such move in the last fortnight.

The regional publisher has announced the launch of the Harlow Guardian, following Reach plc’s decision to close the Harlow Star last month.

The Guardian, which went on sale for the first time today priced 70p, will form part of Newsquest’s East London & West Essex Guardian series, which currently has an edition covering neighbouring Epping Forest.

It follows last week’s launch of  a new Amersham & Chesham edition of the Bucks Free Press in order to cover areas affected by Reach’s decision to shut the Buckinghamshire Advertiser and Examiner, announced at the same time as the Star’s closure. 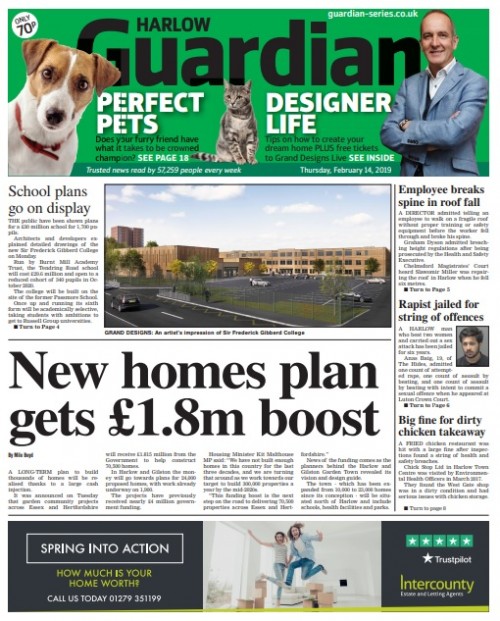 The new edition will be overseen by Victoria Birch, group editor for Newsquest’s North and East London and Essex titles.

She  said: “This is a very exciting time for our team and for the community. Every town deserves a newspaper, but especially one of Harlow’s size and stature.

“Following the sad news that the Harlow Star has ceased publication, we knew we had to step in and provide coverage of this town.”