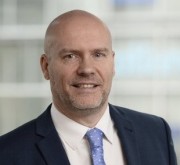 An editor has expressed his sadness at the loss of a “wealth of talent and experience” after announcing he had accepted nine applications for voluntary redundancy.

As reported by HTFP last month, staff at Glasgow-based daily The Herald and sister title the Herald on Sunday were invited to apply for redundancy in a bid to avoid compulsory job cuts.

It has now emerged that nine members of staff came forward and editor-in-chief Donald Martin, left, has accepted each of their applications.

In a message to staff, which has been seen by HTFP, Donald also invited internal applications for a number of vacant and newly-created roles in order to help avoid any compulsory redundancies.

Those leaving include an assistant editor, the head of sport, the chief sports writer, two senior feature writers, the social affairs correspondent, the chief reporter, a sub-editor and a business correspondent.

According to the memo, all will leave on 31 December except the business correspondent, who will leave in January.

“Although I will be very sad to lose such a wealth of talent and experience, I much appreciate the gesture they have made as it means we are making significant progress towards achieving the savings required.

“However, to avoid any compulsory redundancies I am looking for some of the new roles proposed in the structure I outlined for The Herald and the Evening Times to be filled internally.”

Donald then listed eight roles on the Herald, its sister title the Evening Times and sister weekly group Clyde and Forth Press, some but not all of which he said would need to be filled internally.

At the time the VR programme was originally announced, Donald said that although the titles had made major savings through recent non-replacement of staff, they remained “significantly short of the level of savings required.”

“There is a very real prospect that there is little alternative but to look at compulsory redundancies across The Herald and Herald on Sunday unless we receive and accept a number of VR applications or requests to reduce hours/days,” he said last month.

A Newsquest Scotland spokesman said: “Consultation is ongoing with the affected staff and we are actively working to avoid compulsory redundancies as much as we possibly can.”