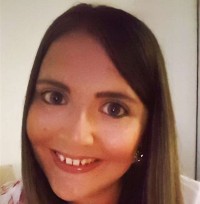 A regional newspaper is hoping to help a nurse find “true love” after launching an appeal to find a man she kissed in a bar.

Megan Dunlop, pictured, contacted the Inverness Courier about what she hopes is “a potential love story” following a night out in Inverness.

The 25-year-old has asked Courier readers to help her trace the man, who was in the city’s Gellions bar the Saturday before last.

The story of Ms Dunlop’s search was put online on Thursday, and quickly became its most read story of the week.

Ms Dunlop described the man as a “lovely guy”, who told her he used to live in Peterhead, where she lives.

She told the Courier: “I was in the Gellions bar in Inverness on Saturday and shared a conversation and possibly a cheeky kiss with a guy at the bar.

“But I never got his name or number, although his name is possibly Andrew.

‘Andrew’ is described as around 5ft 7in tall with “gingery hair and a beard”, and was possibly in his 30s.

Ms Dunlop added: “He was standing at the end of the bar near the back and myself and two friends were sitting near the back of the bar. He was wearing a dark/navy coloured jacket with jeans. He was a lovely guy.”

David Bourn, editorial director for Courier owner Scottish Provincial Press, told HTFP: “This young lady reached out to us as she was keen to reconnect with a guy she met on a night out in Inverness.

“We were happy to help and put the story on our website and it quickly became the most viewed story of the week. If we can help the course of true love, that would be even better.”