News site offers readers chance to win £3,000 for pledging not to use phone at wheel

A city news website is urging readers not to use their phones while driving – and has offered them a chance to win £3,000 if they pledge they won’t.

Belfast Live’s #LeaveThePhoneAlone campaign has been launched after it conducted a survey of almost 1,000 readers earlier this year.

In all, 88pc of those polled reported seeing drivers using their phones within the previous week. 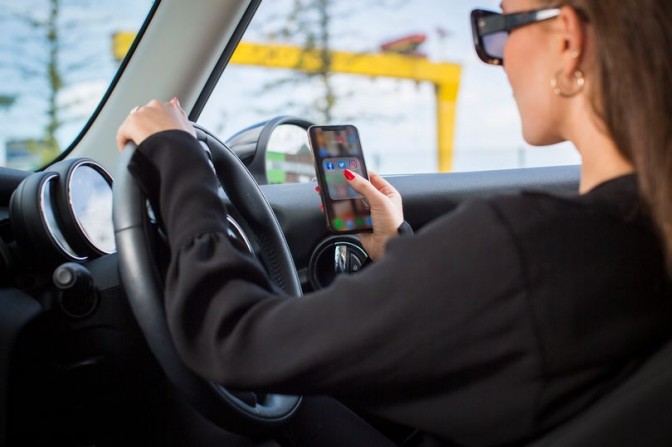 Belfast Live has now joined with insurance firm Hughes Insurance to urge readers to sign a petition pledging not to use phones at the wheel, with those doing so being entered into a prize draw to win £3,000 towards a holiday.

Chris Sherrard, editor of Belfast Live, said: “From our initial reader survey, the scale of this issue was apparent, and we felt we needed to try to make a change amongst people’s attitudes to using their mobile in any way when driving.

“This campaign will see us working with Hughes across a number of platforms to encourage people to #LeaveThePhoneAlone and I’d encourage all our readers to sign up to the petition.”