An independent website founded to “fill the void of local news” after the closure of two local newspapers say 76,000 people are now visiting it every month.

Sic months after launch, the site is already getting 76,000 monthly visitors and 153,000 unique page views. 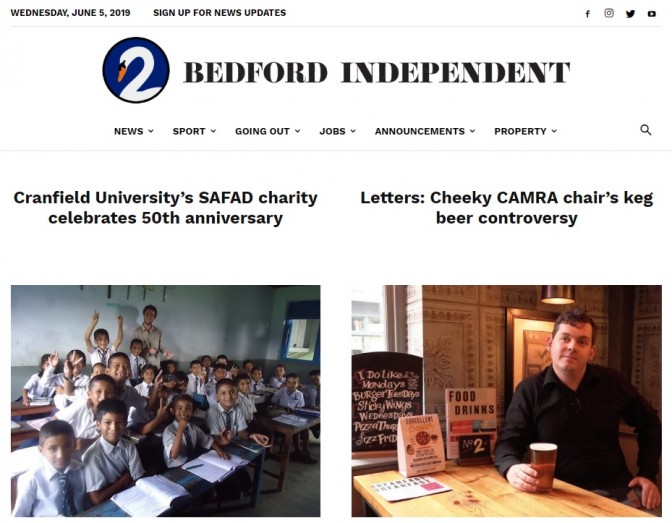 The site was set up by former broadcast journalist Paul Hutchinson, and publishers Erica Roffe and Julia Course-Crofts, with Paul and Erica as co-managing editors.

Said Paul: “People in Bedford are passionate about where they live and it was clear within weeks of the BoS closing that genuine news coverage in the town had all but disappeared.

“Our goal was to establish a trusted news brand, delivering relevant, researched and well-reported news to the people of Bedford Borough and beyond.

“We knew that to build an organic following would take time, so to be delivering these incredible statistics in just six months is testament to the hard work we have dedicated to delivering daily news to Bedford.”

Added Erica: “The response from the public has been heart-warming and encouraging. But it’s also been frustrating that local news across the UK has diminished in such a way that local people are left desperate for high-quality journalism.

“What’s really incredible though is that what we’re doing isn’t rocket science. We’re just reporting what’s happening in an easy to access format as it happens.

“As the only news source based in the Borough, our editorial team are able to report on breaking news live from scene. We’re simply giving the people want they want.”