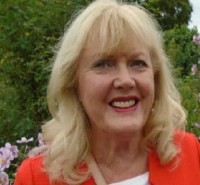 A news editor described by a former colleague as “the best journalist I’ve ever worked with” has died aged 77.

Tributes have been paid to Ann Fergy, who worked on newspapers in Sussex for half a century.

Starting as a junior a week after her 16th birthday, Ann was the first ever female reporter on the Mid Sussex Times.

She later went on to work at papers across the county, and served as news editor at the Hastings Observer for many years.

Former colleague and friend Sandra Daniels told the Sussex Express: “Ann was the best journalist I’ve ever worked with. She had countless front-page stories and exclusives. From crime to council meetings to human interest, she could sniff out a story, find out the facts and type it out in a flash.

“You’d know when she was onto a scoop when you heard her fingers clattering furiously over the keyboard – and you knew not to interrupt her.”

After starting out at the Times, Ann spent her first pay packet on a racing bike to cycle to and from jobs.

She moved on to the Crawley Observer and Sussex Express, where she married fellow reporter Peter Cooper, who became the country’s youngest newspaper editor, and the couple later moved to Hastings with their three young children.

When she and Peter split up, Ann joined the Hastings News, which was among the first free newspapers in the country.

Former News Group editor Andrea Hargreaves said: “I was frankly in awe of her talent and ability as a journalist. As well as uncovering stories which needed to be told she brought wit and style to the pages of Hastings’ then rival local papers in a way that is unlikely to be matched.

“On occasion the laughter turned to tears as she covered tragic stories. I remember particularly how she struggled 30 or so years ago to write up her interview with people who had lost family members on the Herald of Free Enterprise.

“I can remember her with her head in her hands, face white with grief for them, as she concentrated on finding exactly the right sentences to tell this appalling story with great sensitivity, making every word count.”

Former Observer editor Russell Claughton added: “Ann probably wouldn’t have minded being called an old-school news-hound – though she’d have had a wittily scathing response. She could spot a hard news story in a heart-beat.

“She’d brush aside bull’, lies and unanswered phones to get to the story in its accurate entirety. Then she’d pare it down to a lean, mean headline-grabber and move on to the next story. And the next. Tirelessly, and always with enthusiasm and good humour.”

After retiring in 2008, Ann became a publicity officer for the Hastings Seniors Forum.

After being diagnosed with pancreatic cancer in July last year, Ann underwent an eight-hour operation, but last month it was revealed the disease had spread.

She died last Wednesday (13) at Hastings Court Care Home, and is survived by husband Ron, children Simon, Susannah and Nick and their partners, as well as five grandchildren.

Ann’s funeral takes place at Hastings Crematorium at 12.30pm on Monday 1 April, and the service will be conducted by her old journalist colleague Jonathan Mendenhall.