A news editor has blasted a golf club which forced him to remove his socks due to them being the wrong colour.

Andy Richards, who works for the KM Group’s KMTV television channel, has criticised Gillingham Golf Club over its “archaic” dress code after officials deemed the socks he was playing in to be too dark.

Andy was about to play a round at the club on Wednesay, when he was summoned to the on-site shop and informed about the rule which states that only white ankle socks are permitted on the course when wearing shorts.

A subsequent story run by the KM Group became the most read on its Kent Online website yesterday. 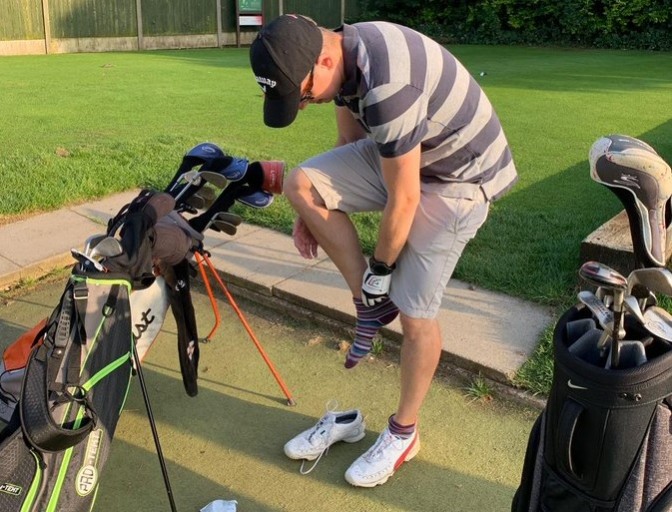 In a 2,000-strong poll accompanying the story, 61pc of voters believed Andy should not have been forced to removed the socks, while 30pc agreed with the club’s policy.

Nine per cent of voters chose a third option: “His socks are a fashion crime and shouldn’t be worn anywhere.”

Posting on Twitter, Andy wrote: “I was summoned to the pro shop to be embarrased. Up for a dress code but archaic & puts me off going back. Shame as we’re new players supporting our local club and it’s great value too.”

He added: “I haven’t encountered the ‘sock code’ in 25 years of playing the game so came wearing my stripy socks.

“It wasn’t a friendly experience as a newcomer to the course. Found it all a bit odd.”

A ressonse from the golf club reads: “We do have a dress code outside our pro shop for visitors and members alike to read prior to going out onto the course. Hope you enjoyed playing on the course.”