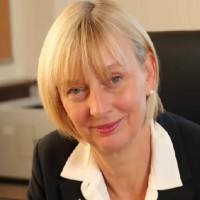 New guidance has been issued for journalists about speaking to victims of Northern Ireland’s Troubles.

The guidelines urge journalists to approach victims with sensitivity and respect – and to treat them with care in carrying out the interview and presenting it.

They were developed as part of a ‘Victims and Dealing with the Past’ project at Queen’s University Belfast school of law.

The codes were written by journalist Susan McKay, who consulted with other journalists and over 60 victims, and have been endorsed by Judith Thompson, the Stormont-appointed commissioner for victims and survivors of the conflict in Northern Ireland.

Mrs Thompson said the guidelines could be viewed as “a significant source of empowerment” for inexperienced victims who are not used to dealing with the media.

She added: “Support for and adherence to the guidance from print and broadcast media will be particularly important in the months and years ahead.

“This period is likely to be characterised by an increased frequency and level of scrutiny on historical investigations and information recovery relating to the many traumatic events of the Troubles.”