More than 1,000 music fans from around the world have ordered a weekly newspaper’s special edition in tribute to a rock star from its patch.

The Essex Chronicle ran a front page wraparound yesterday after covering the funeral of Keith Flint, frontman of The Prodigy, who died last month.

The Chronicle also published a 16-page commemorative supplement in this week’s edition, the front cover of which showed Prodigy fans partying in the street in tribute to Mr Flint after his funeral last Friday.

The supplement contained interviews with mourners outside the church, as well as images of the order of service and tributes from fans – including the Chronicle’s deputy head of print Darryl Webber. 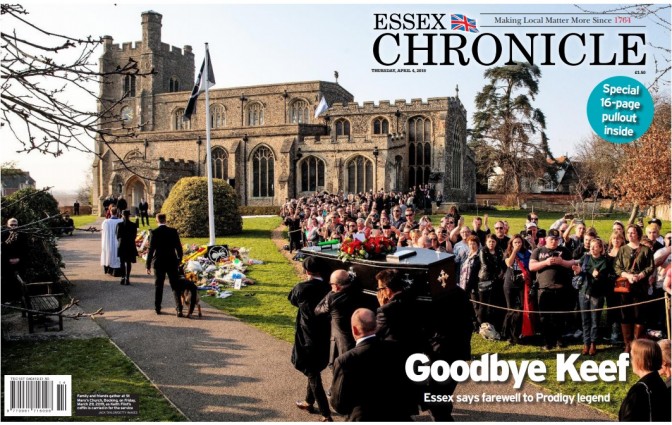 HTFP previously reported how the paper had polled readers on which image of Mr Flint to use on a commemorative front cover for the first edition after his death was announced.

Alan Woods, Reach plc’s brands editor for Essex and Hertfordshire, said: “When we found out this edition generated a healthy newspaper sales lift, we decided to go even bigger and create a Keith Flint supplement after his funeral. What started as an eight-page pull-out quickly doubled in size and the finished product features all the photographs and reaction that filled our online live blog on the day.

“The evening before Keith’s funeral, we included details of the supplement in our digital coverage, including a fact box explaining how fans from outside Essex can buy a copy. I thought I might get a few emails, but not in excess of 800.

“To date, we have well over 1,000 copies of this weeks Chronicle on ‘pre-order’ around the globe. Fans from America, Australia, Japan, Italy, Latvia, France and Poland – to name but a few – want to get their hands on our newspaper.

“It’s an amazing and very rewarding feeling to produce something that so many people want to get their hands on, as their own special way of remembering Keith.”

The Chronicle’s Essex Live sister website had covered the funeral live, publishing ongoing video coverage on Facebook of both the procession and the service.

Alan told HTFP: “Given the amount of love for Keith across the country, we knew it was important to broadcast as much of the funeral live on Facebook as possible. After announcing we would do this the day before, we were inundated with support from fans across the world thanking us.

“So many people wanted to pay their last respects to Keith but were unable to travel to Essex and it was really rewarding to be able to connect them with the funeral.”

He added: “We have had more than 50 messages from fans across the world since, thanking us for our coverage.” 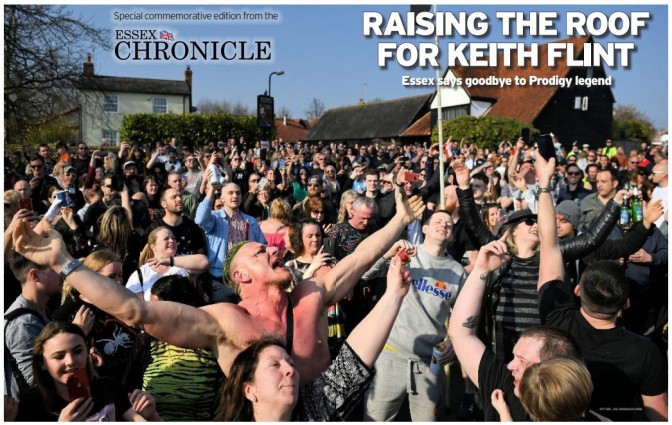