The Bolton News and Bury Times dedicated their front pages to the fortunes of Bolton Wanderers and Bury FC, who were threatened with expulsion from the Football League on Tuesday owing to their major financial problems.

But while the threat was executed against Bury after the club failed to find a buyer by the League’s 5pm deadline, Wanderers were given a 14-day extension to complete a sale.

And the Bolton club was taken over less than 24 hours later, being saved from liquidation in the process. 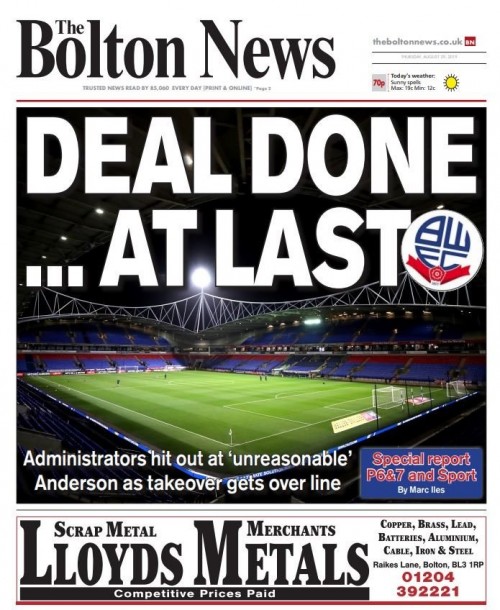 Newsquest daily the News splashed on the deal this morning, while the weekly Times ran a special report on Bury’s expulsion after 125 years as a League club. 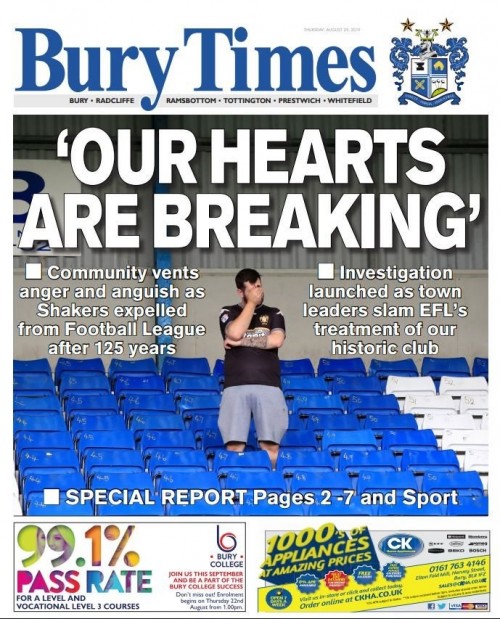 “Great team effort from the whole gang today doing their best to cover this fast-changing situation for the Bury Times and the Bolton News.”

Wanderers’ previous chairman Ken Anderson had banned News chief football writer Marc Iles from home matches in December after the journalist posted a tweet about a player pay dispute which made light-hearted reference to the film The Muppet Christmas Carol.

The ban was later lifted in March.