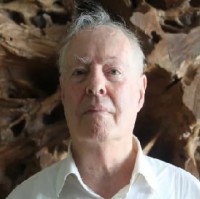 A memorial gathering is set to be held for a journalist known for being a “generous and supportive mentor” who died aged 84.

Tributes have been paid to Richard Carr, who worked as a journalist and critic, author, academic and editor during a working life in which he “successfully combined a number of careers”.

Richard, pictured, wrote frequently for Edinburgh-based daily The Scotsman, as well as Glasgow-based titles The Herald and Sunday Herald.

He later edited ArtWork, an independent art newspaper covering Scotland and the North of England.

In an obituary for The Scotsman, Richard’s former ArtWork colleague Giles Sutherland wrote: “Working with Richard, as a young writer on Artwork, I soon discovered that he was a generous and supportive mentor, offering interesting assignments and supportive criticism.

“This also turned out to be the case when he employed me as a lecturer at [Dundee’s] Duncan of Jordanstone College of Art and Design – his comments and criticism were always well-judged and couched in an appropriate tone, and were neither angry nor admonitory.

“I became aware that this was Richard’s modus operandi and his modus vivendi, for he was often generously supportive of others and he looked for no financial or political recompense.”

“But he was also no pushover. If others met his displeasure, he was firm in his response, and this approach applied to colleagues and students alike. I suspect that those who attempted to cross him did so only once because his rebuffs could be as forceful as they were fair.

“At his core, Richard was a pedagogue, a nurturer and an educator. His priority was to educate and to develop the ­discourse around art, craft, architecture and design. He did this through the elegant command of the English language, in its spoken and written form.”

Richard died on Christmas Eve, but his obituary was published on Friday ahead of a memorial gathering, which is due to be held in Dundee tomorrow.