A man and teenage girl have been arrested after an alleged break-in at a regional daily’s office.

Police were called to the offices of Stoke-on-Trent daily The Sentinel shortly before 6am this morning.

A 24-year-old man and a 17-year-old girl were arrested at the scene on suspicion of burglary.

Nothing was taken and enquiries are ongoing into the incident. 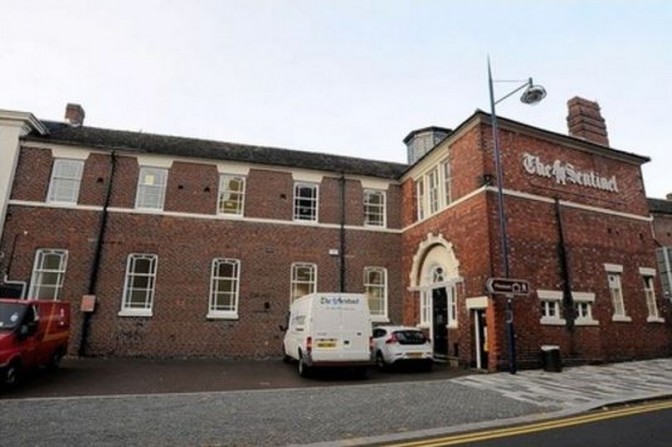 A Staffordshire Police spokeswoman told The Sentinel’s Stok-on-Trent Live sister website: “Officers were called to a report of a burglary at The Sentinel on Bethesda Street at 5.49am this morning.

“Officers arrived within minutes and arrested two people at the scene. A 24-year-old man and a 17-year-old girl have both been arrested on suspicion of burglary.

“Nothing was taken. Enquiries are ongoing. Incident number 112 of August 5.”

Sentinel editor Martin Tideswell told HTFP he was unable to comment on the incident at this stage.