A local newspaper publisher has been recognised as one of the leading social enterprises in the country after being shortlisted of ran award.

Social Spider CIC, which publishes the Waltham Forest Echo, Tottenham Community Press and Enfield Dispatch, has been named as a finalist in the UK Social Enterprise Awards.

In the past year Social Spider has launched the Dispatch, pictured, which is its third monthly title, and celebrated the Echo publishing its 50th issue.

The awards are run by Social Enterprise UK, the national membership body for social enterprises. 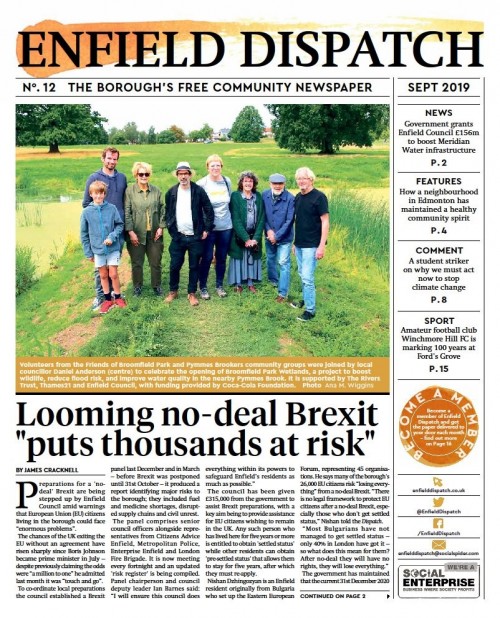 Anna Merryfield, community news director at Social Spider CIC, said: “Being recognised for the achievements of our newspapers is a fantastic feeling and a great opportunity to acknowledge the hard work of our small team.

“The decline of local news is a threat to the cohesion of our communities and to the functioning of our democracy.

“By engaging local people in the production of our newspapers we can provide a platform to amplify the things that matter to them and disseminate information.

“It’s important that all communities have access to a trusted source from which to gather information about the place they live.”

Shortlisted organisations will attend an awards ceremony held at London’s Guildhall on 4 December.

“At a time when public confidence in business is at a low and when we are facing crises both political and environmental – this year’s shortlist shows how business can be used to build a better world.”