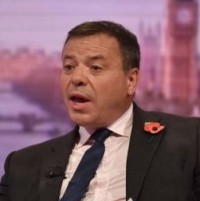 The co-founder of pro-Brexit campaign group Leave.EU has donated £5,000 to a regional daily’s bid to help a 91-year-old-man conned out of his life savings.

Arron Banks pledged the cash to the Yorkshire Post, which is aimed to raise £14,700 to help former police officer John Thompson.

Great-grandfather Mr Thompson was tricked into transferring three payments of £4,900 out of an account he had for more than 50 years after a scammer claiming to be from the security department of his bank used sophisticated technology to make it look like he was calling from his local branch.

Within hours, readers of the Leeds-based Post had raised £2,000 to help Mr Thompson, from Doncaster, but the donation by Mr Banks, pictured, helped boost the total up to more than £8,000 yesterday afternoon.

The Post has now surpassed its target, with the total standing at almost £15,400 this morning.

Editor James Mitchinson told HTFP the donation by Mr Banks had “left the whole office speechless” and was “an amazing act of compassion on his behalf”.

He added: “When I saw the story come through via our crime correspondent Lucy Leeson, she and I felt we had to do something to help.

“The reaction to our appeal has been humbling. Over £2,000 raised in just a few hours just shows that there are more good people than bad out there.

“I just hope we get close to replacing all that he’s lost and better still, restore John’s faith in people.”

Posting on Twitter, Mr Banks told the Post it was a “great campaign and well done for highlighting”.