Journalist who wrote for daily until this year dies aged 66 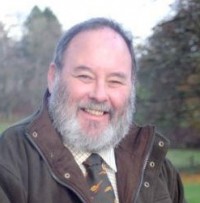 A farming journalist who wrote for a daily newspaper up to this January has died aged 66.

Tributes have been paid to Rog Wood, pictured, who served as farming editor of Glasgow-based daily The Herald.

During his career, Rog was also been a regular contributor to the Sunday Post, under the pseudonym of Tom Duncan, as well as The Scottish Farmer and Farmers Weekly.

According to an obituary in The Herald, Rog was known for “producing sound copy from which even laymen could understand often complex farming stories”.

He was married to Carmen, and they had three children – Elliot, Natalina and Claudia.

The couple lost Elliot to suicide at the age of 20, which, according to the obituary, led to Rog suffering from “severe depression”.

He later fought back and became a champion of raising awareness of mental health issues, especially in farming communities.

Last year he shared his experience in an article published in The Scottish Farmer of his struggles in coming to terms with Elliot’s death.

Rog, short for Rognvald, became ill in January – just a few days after speaking at the annual Guild of Agricultural Journalists Burns supper.

The obituary added he would be “sorely missed by a wide-ranging and large circle of friends and family”.