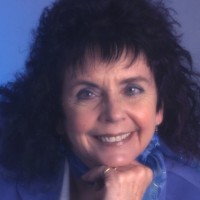 A regional journalist and former weekly editor described as an “irrestible force” has died aged 72.

Tributes have been paid to Julie McCreadie, left, who edited the Halstead Advertiser and the Suffolk Mercury series.

At the Mercury, Julie was in charge of relaunching the eight paid-for weekly titles, which she dubbed “the mighty Mercs”, in 1982.

After the Mercury closed as a paid-for series in 1984, she stayed with Eastern Counties Newspapers and was given the role of systems editor – working on technological changes and training journalists.

Former colleague Sean Robinson told the East Anglian Daily Times: “She was very much part of the computer revolution. Julie was well in there when most people were terrified of it. She knew what an opportunity was, and took it over. She converted us all to it.”

Julie had suffered form a long-term illness, and had been in a care home since last year before passing away last month.

She began her career aged 16 and worked on the Essex Chronicle before becoming the launch editor of the Advertiser and, later, the Mercury series.

After leaving ECN she went on to work in magazines for Northern & Shell, and later founded short-lived free title London Week, where she rejected a job offer from Robert Maxwell after he turned down the chance to take the publication on from its original investor.

Sally Burch, a producer at BBC Radio Suffolk who worked with Julie on London Week, said: “The thing about Julie is you could never say no to her. She was an incredible saleswoman as well as a talented and gifted journalist.

“Whether it was selling the idea of a free newspaper to the rich in London, convincing media mogul Richard Desmond that his business needed her to put one of the first page make-up systems into all his magazines at Northern & Shell or holding court on the Ipswich to Liverpool Street train, she was an irresistible force.

“Julie was loyal, enigmatic, and her smile radiated (across) the darkest room, and it was a privilege to share a small part of her life.”

Julie later spent eight years, from 1996 onwards, as web editor for the Thomson Foundation, and also had her own company called McCreadie Media Services.

She was married to Bob Crowley, a fellow commuter who she met taking the train to London from East Anglia.

Julie proposed to Bob on a train on 29 February 1988, and he later accepted after initially saying no.