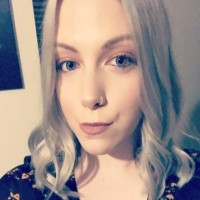 A journalist who recently opened up on a past suicide attempt is set to host a regional publisher’s new podcast for people struggling with mental health issues.

Last month Gemma wrote a first-person piece for the Echo, in which she described her own experiences with chronic anxiety and depression.

She also discussed how, at one stage, she had been “minutes away” from ending her life.

In the piece, Gemma wrote: “I wanted it to stop. I was desperate for a way out, to save myself from torment and pain, to cease to exist. The worrying thoughts had escalated into toxic energy, solidifying in my head and, I thought, the answer to ending it all was behind my bookshelf.

“I used to collect pills, and the shiny blue packets were stacked high behind the ‘self-help’ and ‘dealing with anxiety’ books. Life seemed to get harder, faster and out of control. I was losing my thoughts and myself, and I wanted out.

“I was terrified and embarrassed of what my family would think if they found out so I decided, in that moment, I thought I would be better off not being here. I was standing in my bedroom holding a handful of pills as I listened to my dad return home.

“The minute that key was turned, the minute I heard my dad’s voice, was when I collapsed in a heap. I cried silently, heart racing as the shock and realisation swept over me that I had tried to end my life. I knew then. I knew things had to change.”

The new weekly podcast will see Gemma interview guests from all walks of life with a different story to tell about their own mental well-being.

Industry professionals will also appear on the podcast to offer friendly, supportive advice to listeners.

Gemma told HTFP she had been “overwhelmed by the support shown and the number of people wanting to be involved” in the project.

She said: “It’s really heartwarming to receive such immense support. This all started since I decided to share my own story with my mental health struggles.

“So many from Reach and beyond have been in touch wanting to be involved with No Really, I’m Fine and just goes to show that you don’t know who might be suffering. People can appear ‘fine’ or say they are ‘fine’ but really that might not be.

“The launch of this podcast has opened a doorway to so many people who want to speak out on how they really feel and that’s great.

“By sharing our experiences we may just help someone, we are not experts, but we understand and we are here to listen, whether you’re feeling fine today or not.”

The podcast is due to launch at the end of March.