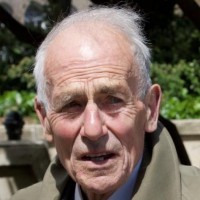 A former daily journalist who broke the news that the Stone of Scone had been stolen has died two months short of his 100th birthday.

Tributes have been paid to Christopher Small, pictured, who worked in a number of roles for Glasgow-based daily The Herald including chief drama critic and literary editor.

Christopher worked for The Herald in both its Glasgow and London offices between 1942 and his retirement in 1980.

While based in London, he landed his “first and only” scoop about the Stone of Scone, also known as the Stone of Destiny, being stolen on Christmas Day 1950 from Westminster Abbey.

In an obituary for The Herald, his daughter Maria Wildgoose wrote: “Christopher was able to phone his copy to the Glasgow office, taking advantage of the working arrangements of Scottish newspapers, gaining a day on the English press, which did not publish on Boxing Day.

“In the event, his piece was regarded as too frivolous in tone for such an outrage, and was heavily amended.”

In 1955 Christopher returned to the Glasgow office, where he had worked from 1942 to 1946, to take up the chief drama critic and literary editor roles.

After retirement, he divided his time between Edinburgh and the Scottish island of Lismore, where he had a country cottage.

Christopher, who would have turned 100 on 15 November, died peacefully at home on 10 September.

He is survived by Margaret, his wife of nearly 75 years, as well as daughters Anna, Jane and Maria, four grandchildren and five great-grandchildren.