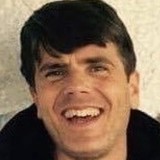 A former journalist turned PR man has been sacked from his job after admitting possessing heroin and  cocaine.

Paul Gilfeather, left, who worked as a political journalist for two national newspapers before going into PR, pleaded guilty to the offence at a hearing held at Aberdeen Sheriff Court last month.

The 46-year-old admitted possession of the Class A drugs at an address on Stanley Street, in Aberdeen, on 28 June last year.

Four months after the offence he began a new role as a senior communications officer with Greater Manchester Mayor Andy Burnham’s office, but was sacked after six weeks in the job when he failed to declare he was facing the charges.

According to a report of the hearing by the Aberdeen Evening Express, fiscal depute Sally McAuley told Aberdeen Sheriff Court the 1g of heroin recovered had an estimated street value of around £50. The cocaine had a nominal value, she added.

Gilfeather’s address was given in court papers as Stanley Street, Aberdeen.

He did not appear in person at the hearing, held last month, but entered a guilty plea via a letter instead.

Sheriff Margaret Hodge ordered Gilfeather, who was not represented by a solicitor, to appear at the next calling of the case this month at which he is expected to be sentenced.

“As soon as the GMCA was made aware of Mr Gilfeather’s court proceedings he was suspended and subsequently dismissed. He worked for the GMCA for a total of six weeks.”

Gilfeather declined to comment further when contacted by the MEN.