A journalist will run a half-marathon in memory of a friend and former weekly newspaper colleague who died last year aged 25.

David Parker, will run the Newark Half-marathon on Sunday 11 August in memory of Newark Advertiser sports reporter Warwick Lane, who passed away just weeks after receiving a second leukaemia diagnosis.

Before his death Warwick, known as Rick to colleagues, launched a campaign from his hospital bed called Warwick’s Warriors to encourage as many people as possible to sign up to the stem cell register via Anthony Nolan.

David is hoping to raise £400 for Anthony Nolan, enough to get another ten stem cell donors on the register, as already reached his initial target of £250 thanks to the support of family, friends and colleagues. 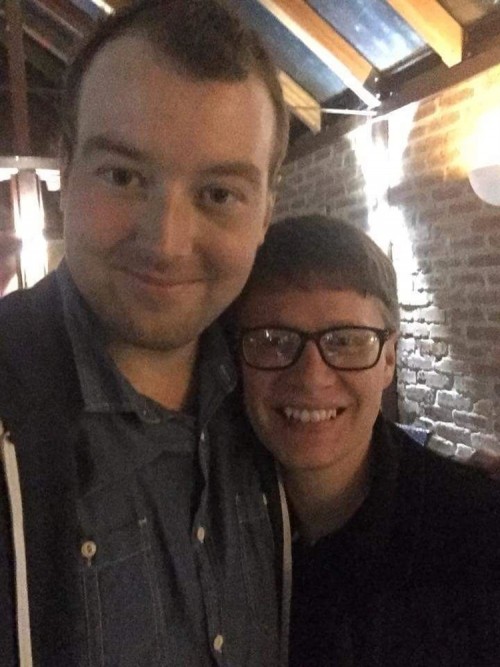 David, 28, told the Advertiser: “I and many others admired Rick’s charity work, much of which was done when he was fighting his illness, and this is what ultimately inspired me to get my running boots on.

“My initial aim was to raise £250, which would have been enough to get six more donors on the stem cell register.

“But thanks to the incredible support I have had so far I have already reached that target – so now I am aiming for £480.

“Rick never underwent his stem cell transplant but he knew how important it was to get as many people as possible signed up to the register.”

David, who now lives in Sheffield and works for the Rotherham Advertiser, is halfway through a 12-week training programme which involves four runs a week.

He added: “Sheffield is a lot hillier than Newark so the hardest thing has been finding running routes which aren’t too undulating.

“But it’s all great preparation for what should be a fun, and probably quite emotional, race.

“And if it gets a few more people signed up as stem cell donors, even better.”