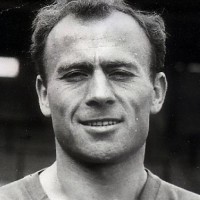 The journalist who conducted a notoriously reclusive football manager’s last interview five years ago has recalled the encounter following his death.

Neil Allen, chief sports writer at Portsmouth daily The News, has discussed his conversation with Ron Saunders in December 2014 after the soccer boss, who helped Aston Villa become English champions in 1981, died earlier this month.

Mr Saunders, pictured, had retired from football management in 1987, and was noted for rarely giving interviews.

But Neil called him out of the blue five years ago while working on Played Up Pompey, a book about legends of Portsmouth FC, for whom Mr Saunders had played 261 times during his playing days. He told Neil he could give him 20 minutes before his meal was ready.

In a piece for The News, Neil wrote: “The telephone intrusion was speculative, Saunders’ prickly reticence to deal with the media since walking away from football a quarter of a century earlier was renowned.

“Done with football and desiring to absolve himself from any semblance of limelight, a mystique developed around one of two living English managers to have captured the top-flight title, the other being Howard Wilkinson.

“Perhaps interest was stirred upon the mention of Pompey, the club which provided his finest playing memories and the justification for the phone call.

“Regardless, it is believed to be the reclusive Saunders’ final interview. For 31 minutes, the then-82 year-old was a captive subject, cooperative, good-humoured and relaxed, a joy to converse with.”

Towards the end of the interview, Neil revealed he was himself a boyhood fan of Aston Villa.

He added: “His voice unmistakably lifted and chuckled at the revelation – before chatting for another five minutes about the club he led to the 1980-81 Division One title.

“‘You have to come to terms with the fact that whatever it is you are carrying on your shoulders, it is going to happen. When it does, you get on with it – then you become a happy person,’ he added.

“Publicly, so much was never said by Ron Saunders after walking away from football in 1987 – yet for 31 minutes in December 2014 he delivered those treasured final words.”