Journalist opens up about past homelessness after running away aged 17 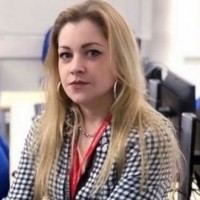 A regional journalist has opened up about her experience of being homeless as a teenager after running away from home aged 17.

Gloucestershire Live’s Kim Horton, left, ran away with just 57p, a spare pair of pants and a mobile phone and charger, and spent nine months with no fixed abode after she “fell through the net”.

Kim’s decision to leave had been prompted by a “traumatised” start in life during which her brother had died and her parents had split up.

After leaving school she had begun “skiving” from her college course and “going to the pub instead”.

An ensuing row prompted her to run away, but now she is aiming to help those facing a similar experience to what she went through by undertaking a challenge for a homelessness charity.

Kim recounted her past experiences, which happened more than 20 years ago, in a piece for Gloucestershire Live.

She wrote: “Let’s just say the reaction to my antics was not well received. Yet I didn’t have the situation at home where I could say that I was miserable doing the course.

“A row seriously erupted and I ran away. This was the straw that broke the camel’s back. I had enough.

“Years of me playing up and feeling insecure as a child stayed with me throughout my teenage years and well into my twenties. I was hugely insecure as I had no attachments to anyone. I did not really have anyone around me to care.

“It’s not that anyone should expect anything from anyone. I just did not quite get why I was so on my own. I was only homeless for nine months, but they were a long nine months.”

During that time, Kim stayed in a shared house with someone she later found out was a heroin addict, as well as a house “full of people that had complex issues”, before spending some time “sofa surfing”.

She added: “Rumours had spread that I ran away because I was a heroin addict, which I wasn’t, so people did not really want to get involved with me, understandably, even though this was utter nonsense.

Kim was subsequently helped by a local council to get a flat, and became a journalist after initially trying to get into nursing.

She said: “It took years for me to come right. This long path of children growing into adults functioning well happens more than it should. Prevention and help can be put in place

“I know there are many people that are homeless for many reasons but I don’t think that I am the only one who went off the rails as they had a traumatised start.

“If I had the correct support in place and responsible adults had known what action to take, I would not have been in the position that I was in for that length of time. I may have been able to come to terms with what had happened sooner. It is all good now, it just took a while. Life is for living, not just existing.”

Kim will today “walk the plank” at Gloucester’s Tall Ships Festival to raise funds for HavinG [CRCT], a homelessness charity based in the city.